You are not connected. Please login or register

The Most Important Three Candlesticks Every Trader Should Know

The Most Important Three Candlesticks Every Trader Should Know Fri Sep 30, 2016 9:32 pm 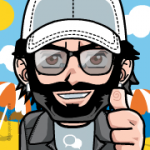 Number of messages : 72
Points : 2952
Date of Entry : 2015-07-10
Year : 52
Understanding the various types of candlesticks is one of the first things every novice trader should learn. But the experienced trader should also never forget the candlesticks’ significance. Because sometimes, when you have to figure out what’s about to happen with a certain pair and all other indicators fail, it’s the basics of reading candlesticks that can save the day—just like a sailor who navigates using the North Star when all else fails.

But even when you’re not in the unknown, reading candlestick shapes well lets you figure out the immediate trend quickly and can save time in the long run. So, regardless of your level of trading experience, here are three candlesticks every trader should know.

Hammer Candlestick
A hammer candlestick, as its name suggests, has a hammer-like form, with the opening and closing price rather close, and the lower shade (or upper shade if it’s a reverse hammer candlestick) substantially long.

[You must be registered and logged in to see this image.]
What a hammer signals is a change of momentum. If we examine the bullish hammer, we can see the candlestick’s closing price substantially lower than the highest point. That suggests that selling pressure has been so strong that it pushed for a close that is way below the high; in other words, the sellers have the upper hand. And vice versa for a bullish hammer where the momentum is set to turn bullish from bearish.

But on the flipside, beware if the shade is relatively short; the change in momentum might be unreliable,

[You must be registered and logged in to see this image.]

The Standard Doji – The standard Doji candlestick is similar to the general description above, with the opening and closing price aligned (or almost aligned) and the two shades sticking out. What a standard Doji implies is a stalemate between the buyers and the sellers at the opening/closing price. When it comes after a certain trend, down or up, it suggests a pause, and could imply either a resumption of the trend or a change in trend. But that’s not all. Compared to the other two, the standard Doji has a relatively short shade on both sides and that suggests a weaker momentum.

Dragonfly Doji – The somewhat exotic name for this candlestick type is a bit misleading. With a long low shadow, the Dragonfly tends to have the same meaning as the aforementioned Long Legged Doji, albeit with a weaker momentum. Because, otherwise, it would be a hammer with a closing price higher than the opening price. (The Gravestone Doji is a reversed Dragonfly Doji, with the same meaning as a bearish hammer and hence only worth this brief mention.)

[You must be registered and logged in to see this image.]
The engulfing candlestick’s clearest distinction is that it engulfs in size the aforementioned candlesticks.

Latest topics
» CryptoNews of the Week by NordFX

Yesterday at 6:44 pm by Stan NordFX

» which broker for you ?

Yesterday at 5:14 pm by FXOpen Trader

» The YETTI PRO Robot is an updated champion, and it is available for free now

» Forecast of the market

» Forex is about currency trading

» Small investment is not a problem

» For scalping you need to discover

» There is no specific best pair

Recently Purchased
Purchased in the