2018 will be a stronger year for the economy

Message reputation : 100% (1 vote)
The dollar traded higher against its rivals Thursday as data showing inflation continue to meet the Federal Reserve's target and consumer spending remained firm, strengthening the central bank's case to continue with gradual rate hikes.
Some analysts, however, said it was still too early for the Federal Reserve to declare victory on the inflation front as core inflation, which excludes more volatile food and energy prices, reached 2% for just the third time this year in July, and annual comparisons are expected to get tougher.

Thanks for this excellent analysis

This year in general offers good opportunities. Many spheres are promising - economics and trading, and even cryptocurrency. This year you have to be extra alert. 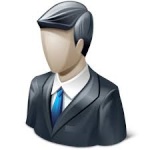 2018 will be a stronger year for the economy

According to the well-known economist Kathy Lien in her currency analysis to consider this week is the following: "Based on the White House’s press briefing on Friday, the Trump administration is bracing for a government shutdown. This would be the first government shutdown in 4 years. Despite repeated threats during the Obama administration, the last time the U.S. government was officially shut down was on October 2013, for 16 days. The dollar declined as it has now in the month leading up to the shutdown. Then halfway through, it bottomed out as investors moved on. When Congress passed the Continuing Appropriations Act of 2014 that suspended the debt limit until February, the dollar index actually extended its losses before bottoming a week later. More importantly, the government shutdown didn’t have a major impact on the economy as retail sales or non-farm payrolls rose strongly in the 2 months that followed. So while the dollar should gap lower on Sunday if the government officially shuts down, it will not be a long-term factor that drives the dollar lower. This past week’s U.S. economic reports were disappointing with consumer confidence slipping, housing starts and building permits falling, manufacturing activity in the NY and Philadelphia regions slowing but the Federal Reserve still believes that 2018 will be a stronger year for the economy. Kaplan, who is not a voting member of the FOMC said the base case is for 3 hikes in 2018 while Mester, who is a FOMC voter, favors 3 to 4 hikes. Even uber dove Evans squawked like a hawk. A recovery in the dollar is likely once Powell takes over as Fed Chair. There are no major U.S. economic reports scheduled for release next week until Friday when fourth-quarter GDP numbers are due.

The euro faces two major tests in the days ahead that will determine whether 1.23 is the top or the precursor to a stronger move to 1.25. On Sunday, Germany’s Social Democrats will vote on forming a coalition with Angela Merkel’s government. If the vote fails, EUR/USD will crash and we’ll be talking about a move below 1.20. If it succeeds, 1.23 will be broken but the gains could be short-lived ahead of the European Central Bank’s monetary policy announcement. The first test for the euro is the SPD vote, the second will be Mario Draghi’s press conference. The initial rally in EUR/USD this month was sparked by the account of the last ECB meeting, which revealed policymakers are open to tweaking their guidance in “early 2018” if reflation continues. But after a 4-cent rise since that report and a 5-cent move since the last meeting, European officials are growing concerned about the rapid moves in the currency especially in light of the 25bp increase in 10-year German bund yields. All of this is akin to a rate hike and if the ECB wants to avoid further run up in yields or rise in the currency, the best thing for Mario Draghi to do is to join the chorus of central bankers jawboning the currency and downplay the chance of a change in guidance by stressing that rate hikes won’t be coming until after QE ends. With that in mind, there’s no question that the economy has improved since December but inflation is still low and business confidence has fallen. So if Draghi emphasizes the improvements in the economy over everything else, it would be a testament to their optimism and their willingness to withstand further euro strength and in that case, EUR/USD could squeeze as high as 1.25. In addition to the political risk and ECB meeting, the Eurozone calendar is packed with market-moving event risks such as January PMIs, the ZEW survey and IFO reports."